View Our Work
View Our Services

Mountain Media Blasting was formed in the summer of 2020 when Solomon Rose decided to take a small inheritance check from his late father and create a business to commemorate his life. Armed with this, some personal capital and one other investor, he set out on his mission. His goal was to provide a business where he could create opportunities for the young people of the area. Not just through employment, but by offering opportunities to travel for training, clear paths to promotions/new positions, and providing a community of mentorship within the company.

Mission in hand, the original team of two hit the ground running. They worked many blasting jobs trying to find a niche that fit. From car frames to dump trucks and lawn ornaments they blasted it all. However, the first Log Cabin opportunity, they pounced on. Solomon and John (MMB’s Lead PM) both had log cabins at the time and the work on upkeep was nothing new to either one of them. Both enjoyed the job so much they decided this was to be the main path for the future of MMB.

A week later, as they began to switch all of their focus to the Deep Creek Lake area in Western Maryland, the phone rang from one of the largest Renewable Energy companies in the world. Siemens Gamesa is a titan in the energy sector and happened to be replacing 23 wind turbines on the local Pinnacle wind farm. The prep crew hired to pressure wash and prep these tower components before their erection, had never shown up. Behind the ball and under the gun, they agreed to bring us on to try and salvage the job. MMB’s team tripled in size overnight, and almost every dime made to that point was reinvested to double down on this job. Two and a half months later, they finished the last component and watched the last truck pull out. 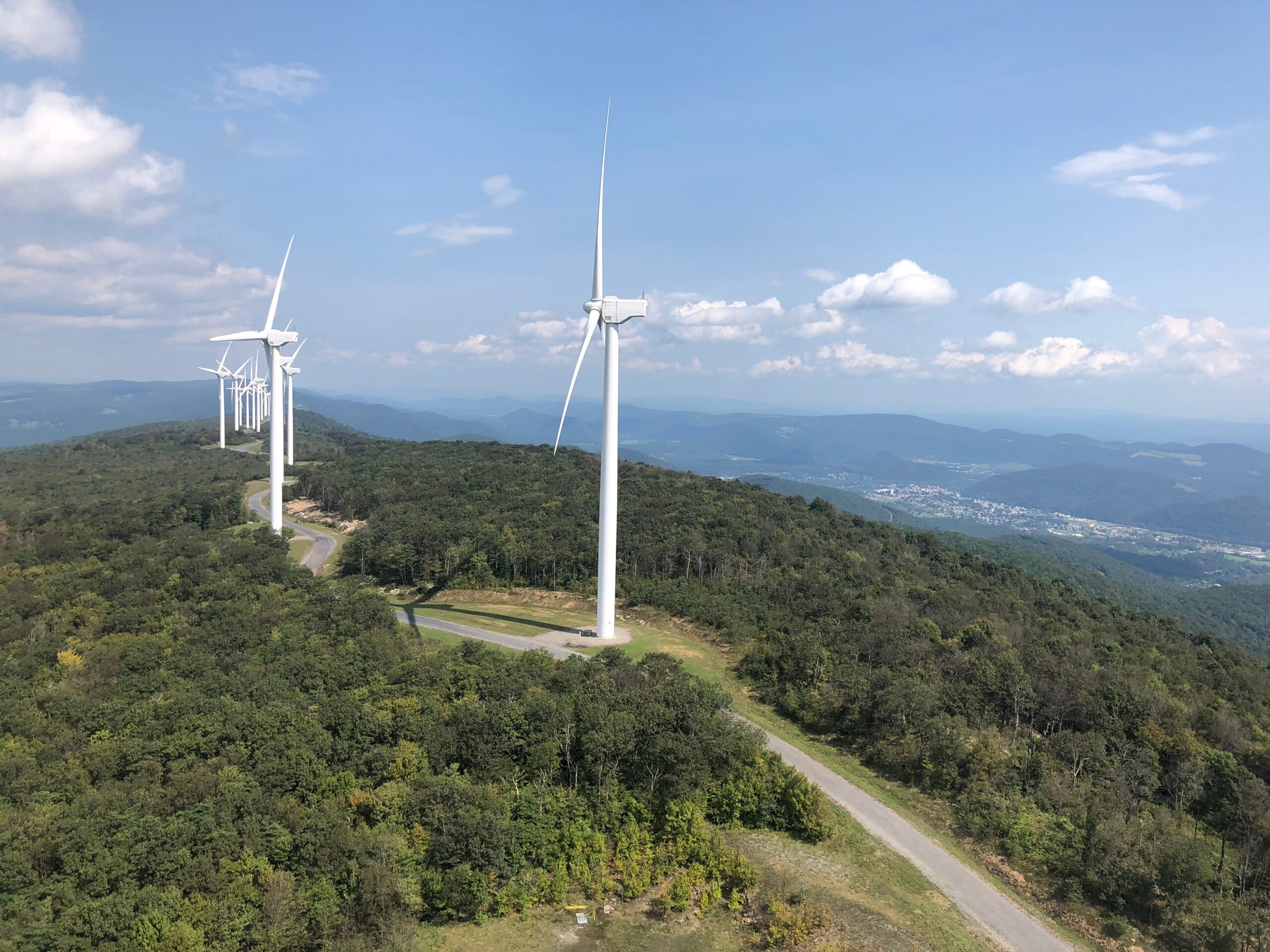 This test would prove to MMB that they had something more. They had the ability to adapt quickly and efficiently to a changing world of available resurfacing options. From here, Mountain Media pushed hard into the log home restoration space. Completing several cabins in Deep Creek as well as the surrounding mountain Maryland region. The sales team focuses on work opportunities where high quality teams of experienced workers are needed. This staff has also created comprehensive check lists and methods to completely cover every aspect of the potential client’s home project on the initial visit. Issues like wind drafts, failing chinking, splintering and weathered logs, or water leaks/damage are all addressed, and a plan is set. From here we discuss stain and color selections with multitudes of wood stain samples and creative ideas from some of the prettiest cabins in the country. This white-glove approach sets MMB apart in the area as the best in the game.

Mountain Media Blasting still has a commercial and municipal division. Here, jobs such as graffiti removal and refinishing of fire hydrants or refinishing of large historical buildings are prevalent. Commercial work is done by a team with C12 blasting certifications and everyone in MMB is required to hold an OSHA 10 to ensure all of our clients, from commercial to residential, that the safety of their job and our employees is always number one.

So give us a call today and put your next project in the capable team here at Mountain Media Blasting.

“This white-glove approach sets MMB apart in the area as the best in the game. ”

Get a Quote For Your Project